Historian Uta Dorothea Sauer has spent the past year working on one of our largest collections—the Crede Family Papers, shared with German Heritage in Letters by the State Historical Society of Missouri. Originally, she began her affiliation with the project solely to transcribe the letters, but soon became interested in pursuing the full story of the Crede family. The first member of the family to emigrate from Germany was Margarete Versen Schröder, a widow who, with her children Herrmann and Christiane, arrived in 1835 and moved to Westphalia, a German settlement in Missouri. There, she married  another German immigrant named Johann Clasen. The earliest letters in the collection were sent to Margarete Clasen by Clothilde Crede, her daughter from her first marriage. In the 1850s, Hermann, Wilhelm, and Carl Crede, Clothilde’s teenage sons, all immigrated to the United States as well. The letters Clothilde and her husband Heinrich Carl Friedrich Crede sent to their sons from their home in Kassel represent the bulk of the letters in the collection in the 1860s and 1870s; later, in the 1880s, Clothilde and Heinrich’s daughter Therese is the author of the bulk of the letters, sent to her elder brother Hermann in Westphalia, Missouri. All told, the collection includes more than 150 letters covering fifty years and three generations of a family history connecting Missouri and Hesse. Project intern Timothy Neckermann interviewed Uta Dorothea Sauer her to learn more about her background and what she has found fascinating about working on the Crede collection. 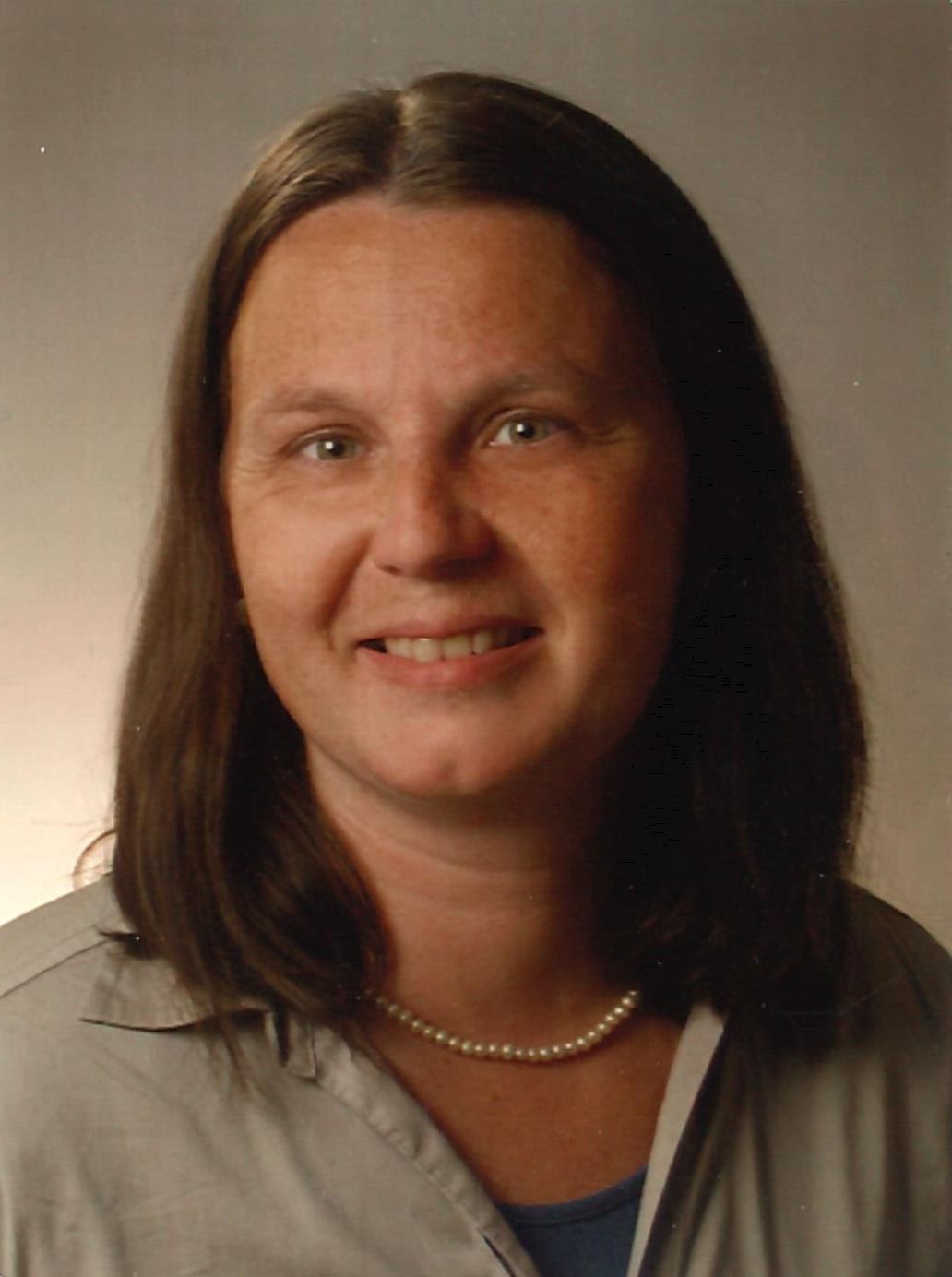 When I was seven years old, I taught myself how to transcribe Kurrentschrift so that I could read diaries and letters my ancestors had written. At school I concentrated on the humanities; later, among other topics, I studied musicology and history at the Technische Universität Dresden, where I worked intensively with letters from personal papers. Since 2003 I have focused above all on musical manuscripts, typically working on original autograph scores from the Baroque and Romantic periods and transcribing them into modern notation. When it comes to vocal music, there are lyrics which need to be transferred as well, so I am constantly using my knowledge of Kurrentschrift.

2. What prompted you to do more than only transcribe the letters and create a chronology of the Crede family history?

I wanted to reconstruct the family history of the Credes—those who stayed in Kassel and those who emigrated to the United States. I found that very exciting. For example, it was important for me to learn how the family dealt with the circumstances surrounding the departure of their very young sons. It is moving to realize how the only communication medium between parents and children — the letter — welded the family together for decades. Both parties often had to wait up to a year for a response — a problem that the inventions of the telegraph, the photograph, the telephone, and now WhatsApp have largely eliminated. It was also impressive for me to see how those in Germany reacted to the settling of North America and how a transatlantic community of values ​​developed from which families with ties on both sides benefited. I wanted to capture these pictures from the perspective of Heinrich Carl Friedrich Crede.

In addition, the creation of a chronology has methodological advantages. It gives me a better view of the contents of the letters and the lives of all the family members.

3. What were the most interesting stories about the Crede family which you found in their letters?

There are two letters that particularly touched me. In one letter, from February, 1854, Heinrich Carl Friedrich Crede described the family's joy when they learned that Hermann and Wilhelm had reached their grandmother in the United States safely. He sent his sons a detailed account of the party the family held to celebrate this good news with their relatives and friends. That letter showed me how connected the German part of the family felt to the American emigrants.

The other letter, from August 1863, dealt with a more tragic event. It was written by Heinrich to Hermann, but it is largely a recounting of a letter by Wilhelm about the death of Carl, the third Crede brother. Carl came to Missouri two years after Hermann and Wilhelm. Both Carl and Wilhelm were volunteer members of the United States army during the Civil War, and Wilhelm watched Carl die during a battle in Missouri. Wilhelm told his father that he originally wanted to bury Carl’s body on their grandmother's farm, but this idea could not be put into practice, so instead Carl was buried next to his comrades in the field. This letter is one of the most emotional in the collection, and it is clear how much the father cares about the fate of his sons in the United States. 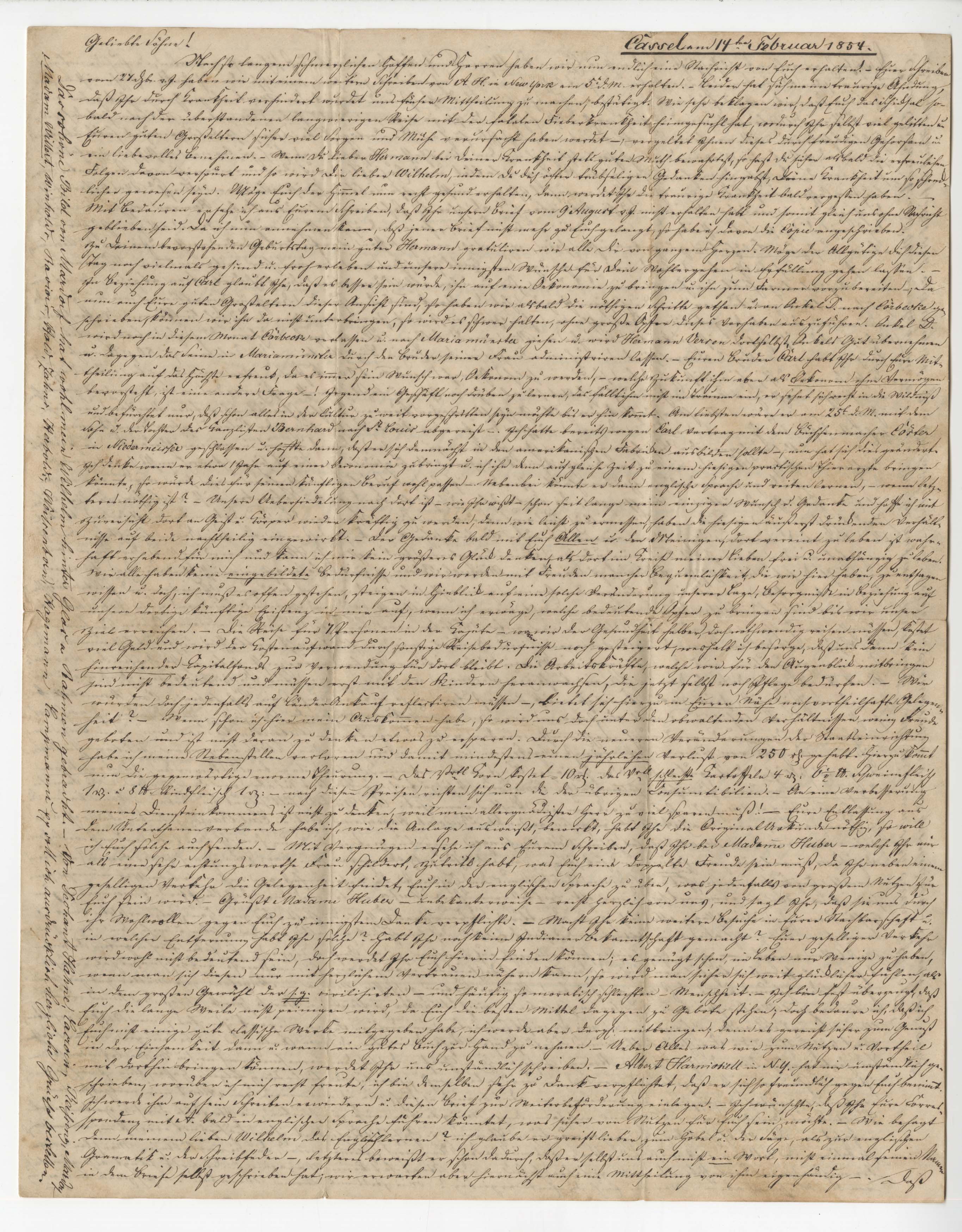 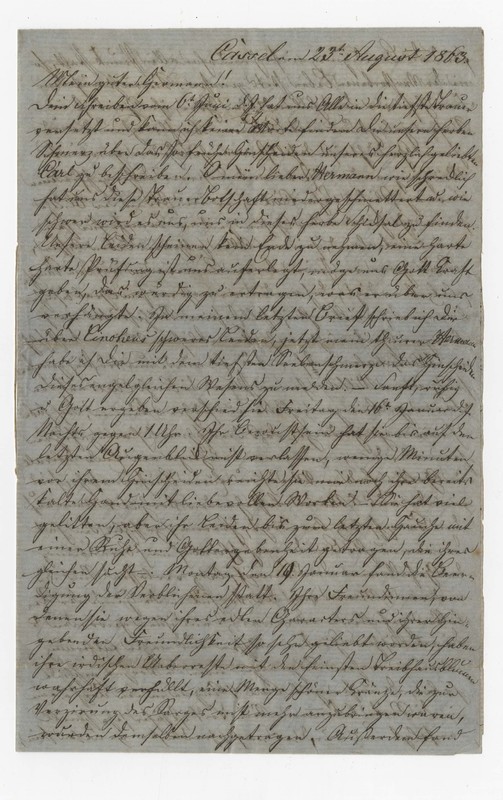 4. Do you feel you were able to learn about both sides of the family even though you only transcribed the letters from Germany?

Yes, the relationship between the presentation of the German and American Credes is balanced. Nevertheless, I can only use the sources that are available. So I don’t know what part of the story is missing. I can reconstruct family histories and historical events from the letters, but I will not find out which facts have been lost. However, the material in these letters is so extensive that someone could tell a story in the form of a documentary or book about the Crede family.

5. If you could find and read any of the “missing” letters in the collection, what would you like to find out?

I would like to know more about the wives of Hermann and Wilhelm, and their children born in America (the grandchildren of Clothilde & Heinrich Carl Friedrich Crede). I would also like to learn more about how Hermann and Wilhelm felt about how holidays like Christmas and Easter, and new traditions like Thanksgiving, were celebrated in the United States. It would be interesting to know Hermann and Wilhelm's perspectives on the school system and the system of government they experienced in the United States. The letters in the collection are always a reflection of what happened from the perspective of the father, the mother, and the Crede sisters. Because of this, I would like to read letters written by Hermann, Wilhelm, and Carl. Wilhelm left his grandparents’ farm earlier than Hermann, for example, and I would be curious to know why.

6. What are your other interests besides transcribing letters?

I am very interested in all areas of art. I like going to exhibitions and concerts, I'm also interested in modern dance, history, and politics. Sometimes there is an overlap in these areas in my research, and I find that very exciting right now.