Description: Letter from Isaac Schweitzer to the Schweitzer family, August 23, 1868. 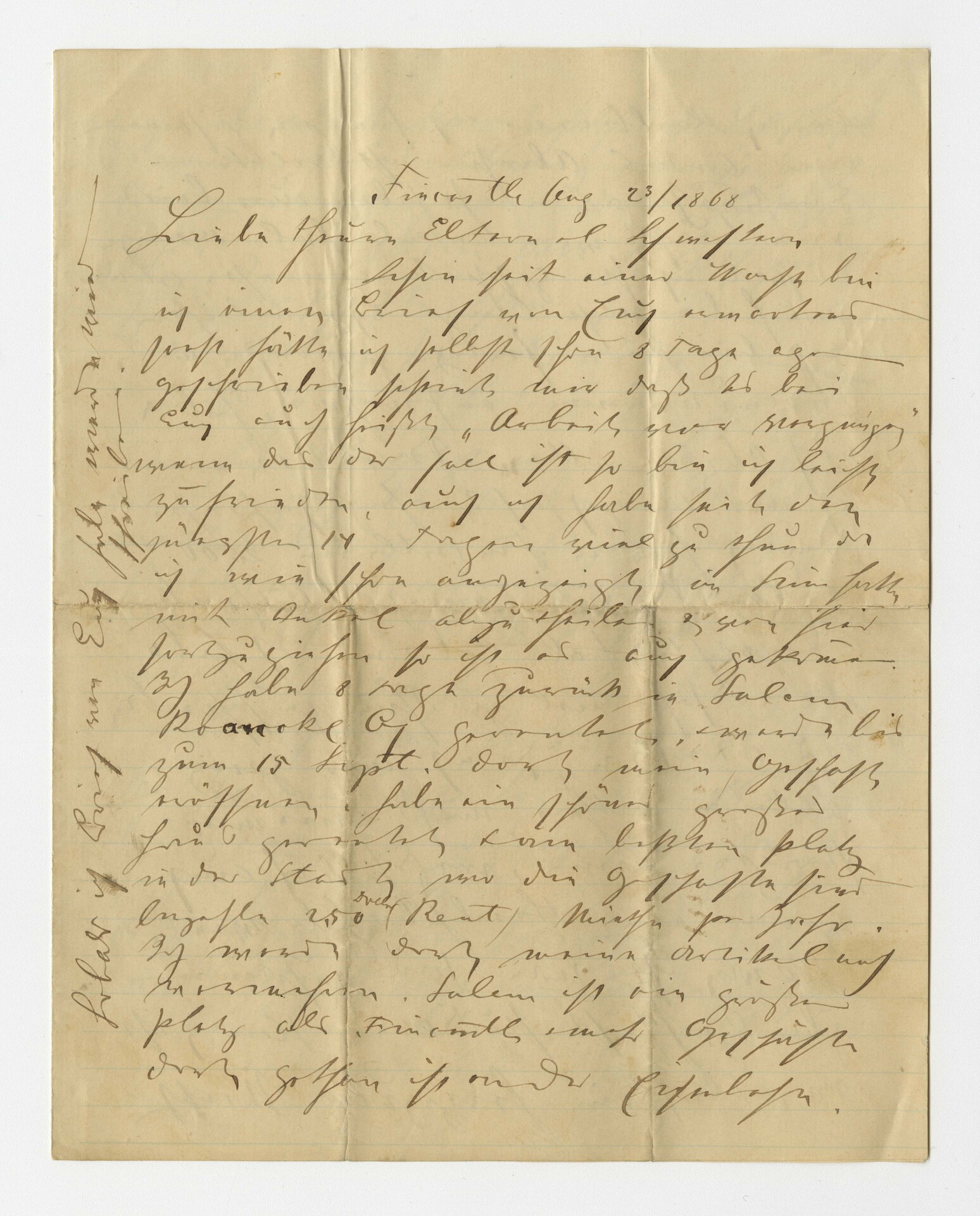 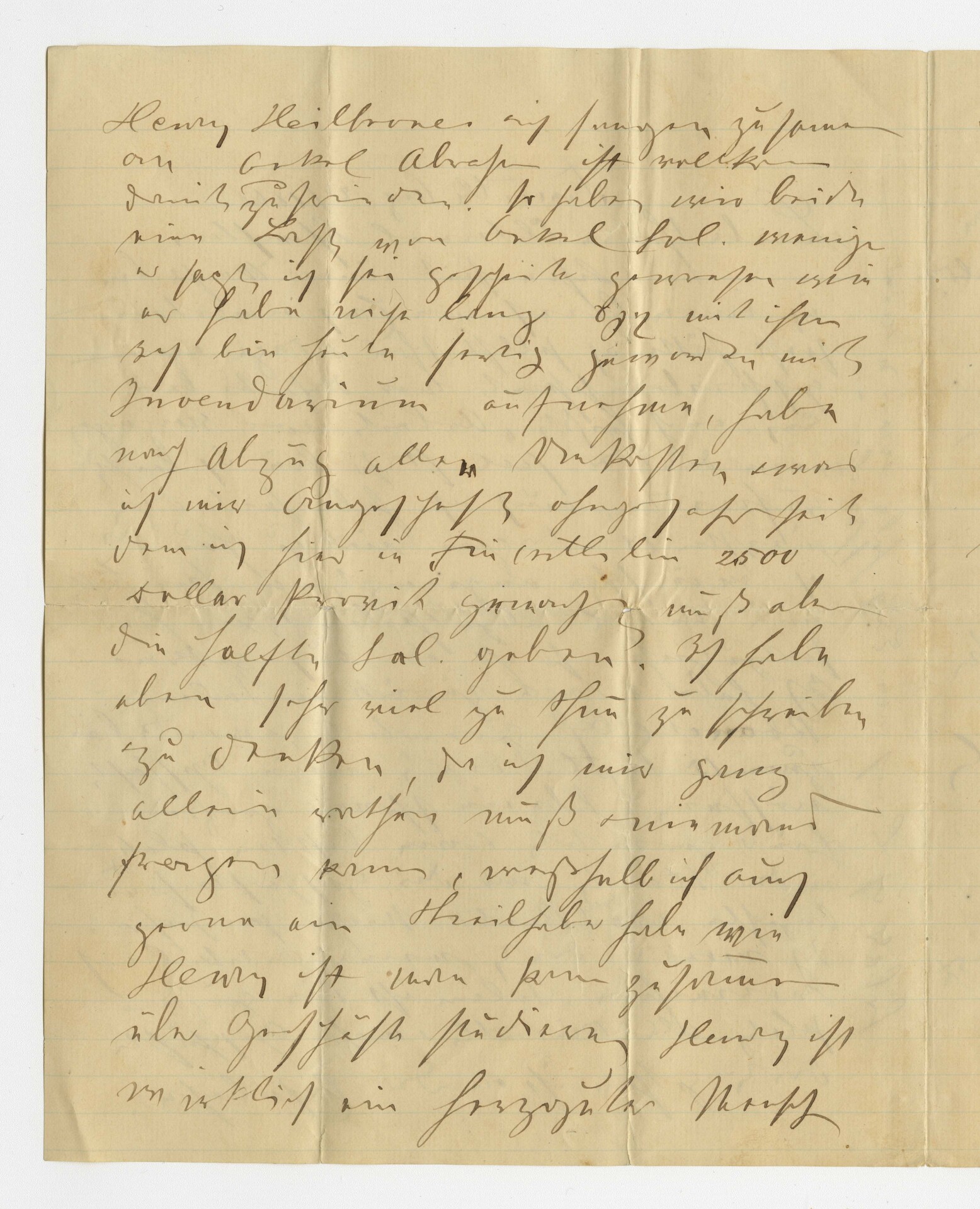 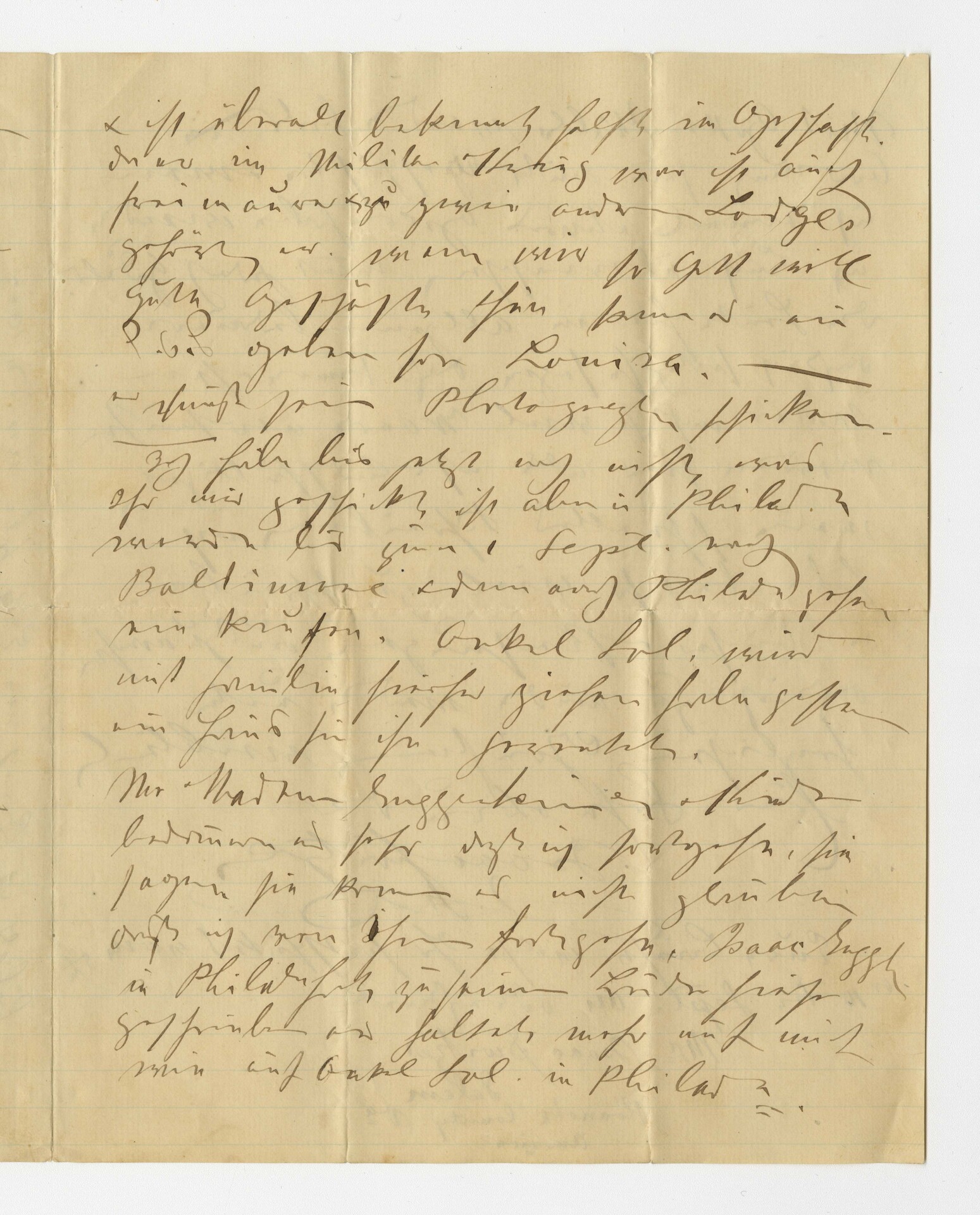 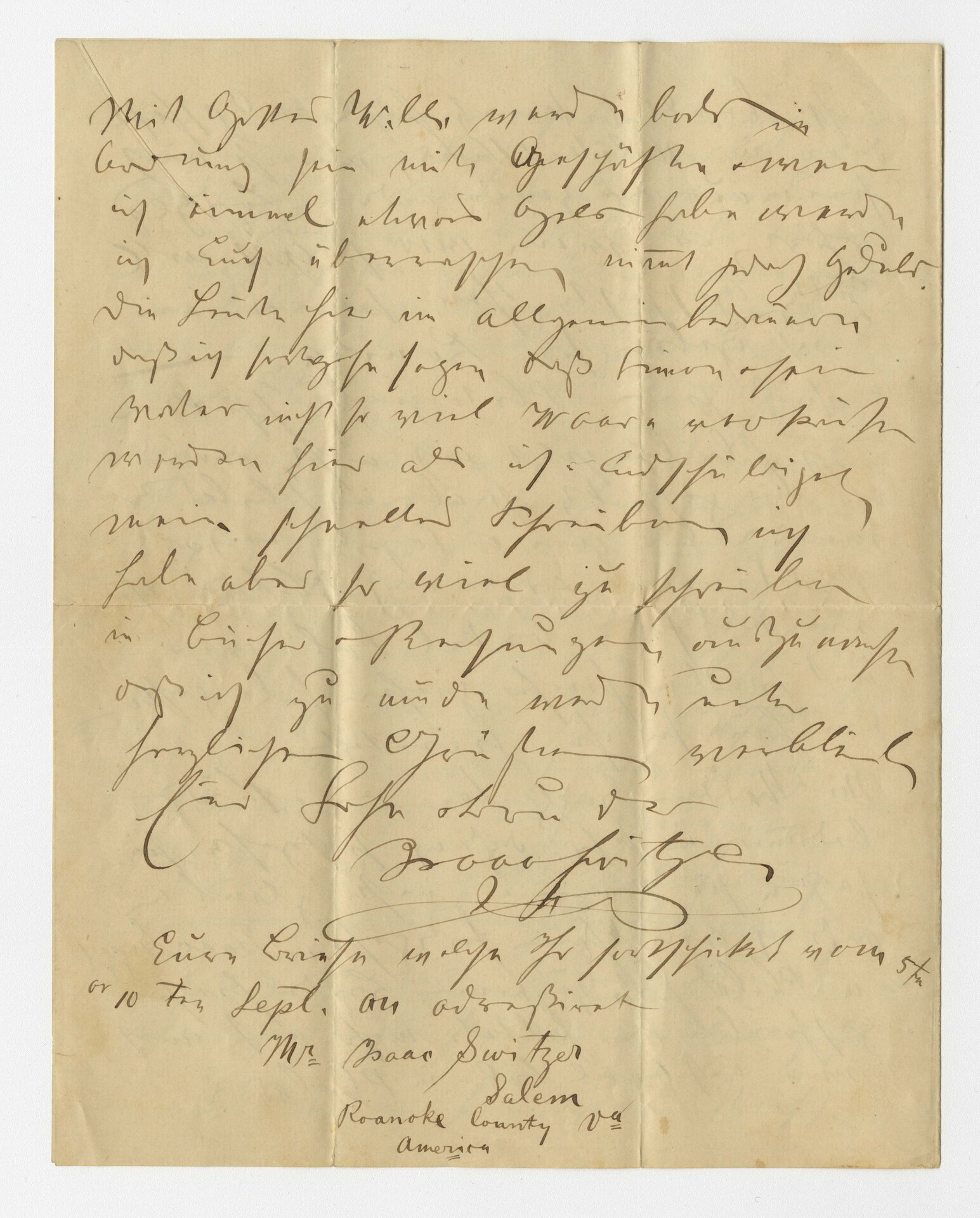 Fincastle, August 23/1868 Dear esteemed parents and sisters: Already for a week I have been expecting your letter otherwise I would have written already a week ago. It looks to me that you also say "work before pleasure." If that is the case then I am easily satisfied. I have also been very busy during the last 2 weeks since I had in mind to separate from Uncle and to move away from here as I had already indicated. And this has happened. A week ago I rented [a store] in Salem, Roanoke Cny [=County]. I will open my business there by Sept. 15. I rented a nice big house at the best square in the city where the shops are. I pay $ 250 in rent per year. I will yet increase the number of my articles there. Salem is a larger place than Fincastle, there are more shops, it is on the railway. Henry Heilbroner and I will start together and Uncle Abraham is completely satisfied with that. So we have both reduced the burden of Uncle Sal. He said that I was as clever as he was, I won’t have [Hebrew] with him for long. Today I have finished taking an inventory. After all initial costs and what I invested I made $2500 in profit since I am in Fincastle, but I have to give half of it to Sal. I just have a lot to do, I have to write and to think since I have to give myself advice all alone. For this reason I like having a partner such as Henry, you can learn together about business. Henry is really a good-hearted person and he is known everywhere [that] helps with the business, [likewise] that he was in the military [and participated] in the war. He is a Freemason as well, he belongs to two different lodges. If we do good business, God willing, it could be a shittuch [match / Hebrew] for Louisa. ---- He [illegible] to send his photograph. I have not yet received what you sent to me, but it is in Philada. On September 1 I will go to Baltimore and then to Philada in order to acquire merchandise. Uncle Sal is going to move here with his family. Yesterday I rented a house for him. Mr. and Madame Guggenheimer and children deeply regret that I go away, they say that they cannot believe that I go away from them. Isaac Guggenh. in Philada wrote to his brother here that he has a higher opinion of me than of Uncle Sal in Philada. God willing, we will soon be fine in terms of the business. If I should have some money one day I will surprise you, however, it takes patience. The people here are generally sorry that I leave. They say that Simon and his father do not sell as many goods as I do. Excuse my fast writing I have so much to write for the books and I have to issue invoices so that I get too tired. With very best regards remains your son and brother Isaac Switzer Address your letters that you send after September 5 or 10 to Mr. Isaac Switzer Salem Roanoke County Va America [page 1, left margin] As soon as I have a letter from you, we will write.

Letter from Isaac Schweitzer to the Schweitzer family, August 23, 1868. 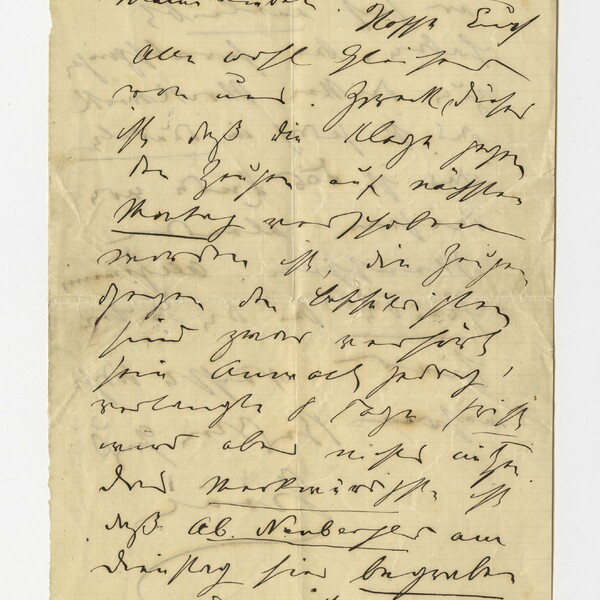