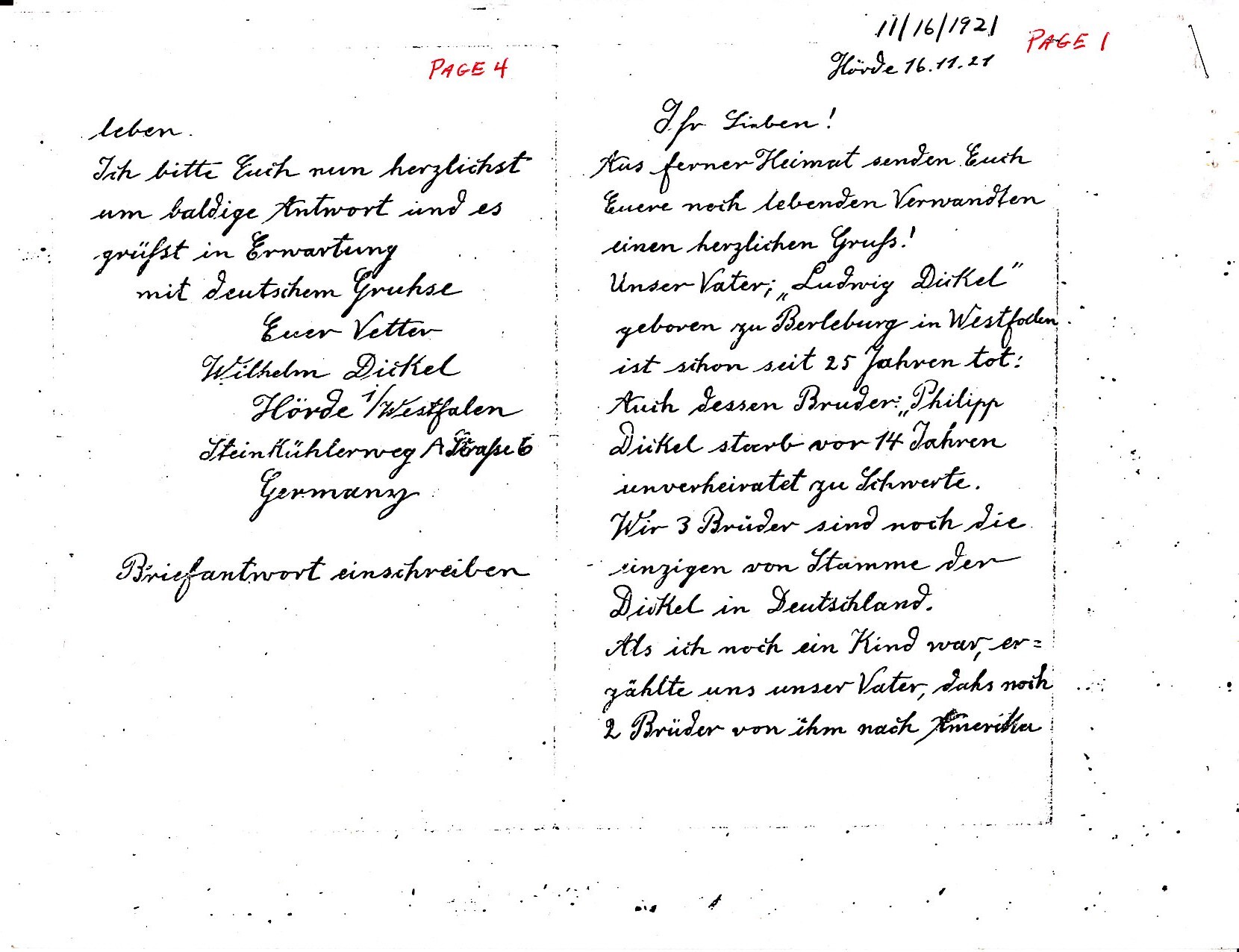 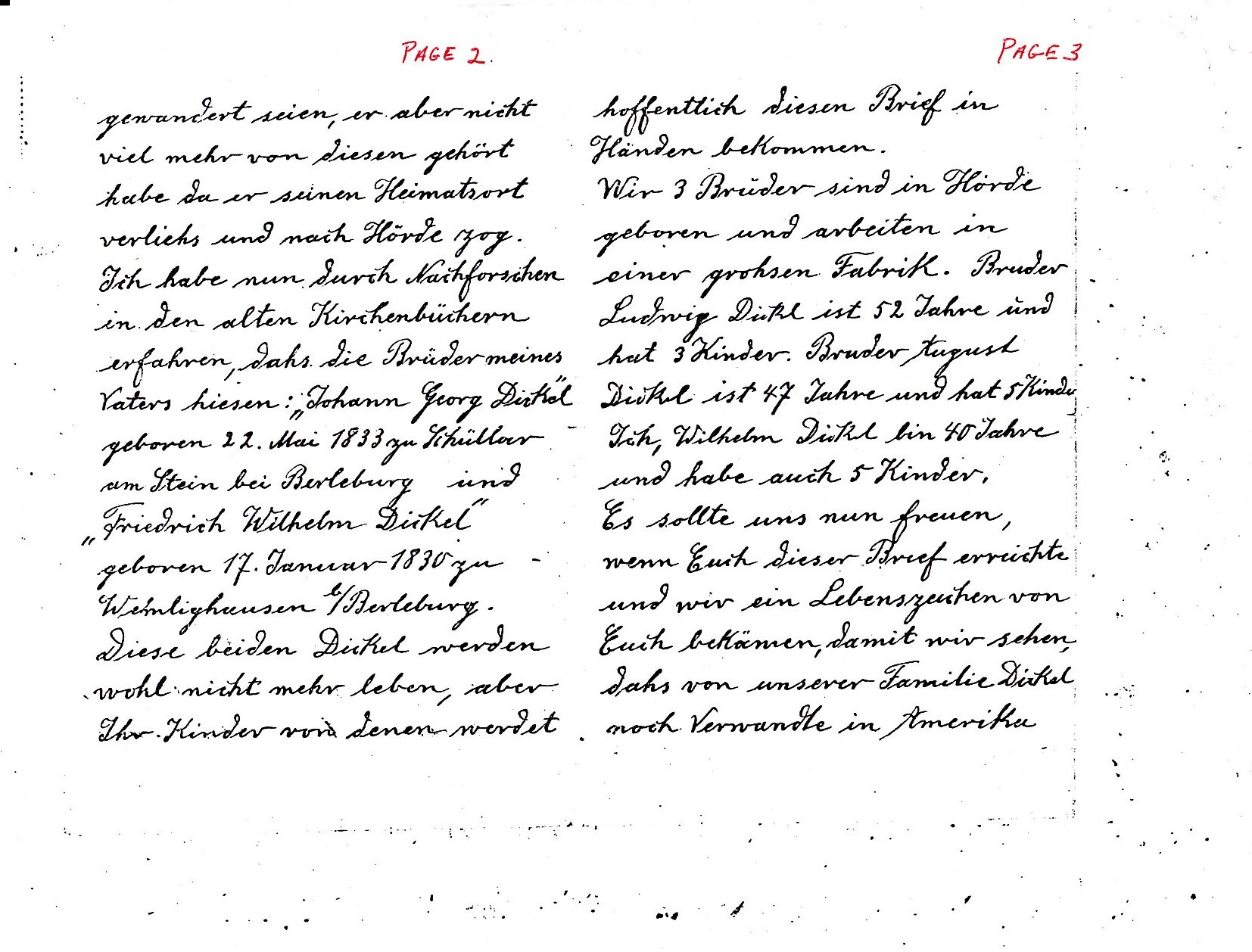 From a distant homeland your living relatives send you heartfelt greetings.

Our father, Ludwig Dickel, born in Berleburg in Westfalen, has been dead for 25 years. Also his brother, Philipp Dickel, died 14 years ago unmarried at Schwerte. We 3 brothers are yet the only ones from the Dickel line in Germany.

When I was still a child, our father told us that two of his brothers had traveled to America, but that he had heard no more from them, because he left his home area and went to Hörde. I have learned through searching in the old church books, that the brothers of my father were named Johann Georg Dickel, born May 22, 1833 at Schüllar on the Stein near Berleburg and Frederich Wilhelm Dickel, born the 17th of January, 1830 at Wemlighausen near Berleburg. These 2 Dickels are probably living no more, but their children will hopefully receive this letter.

We 3 brothers were born in Hörde and work in a large factory. Brother Ludwig is 52 years old and has 3 children. Brother August is 47 and has 5 children. I, Wilhelm Dickel am 40 and have also 5 children.

It would please us if this letter reaches you and we receive an indication that you are alive, so that we see that of our Dickel family, relatives in America are still living.

I request from you sincerely a rapid response and greet you while waiting. 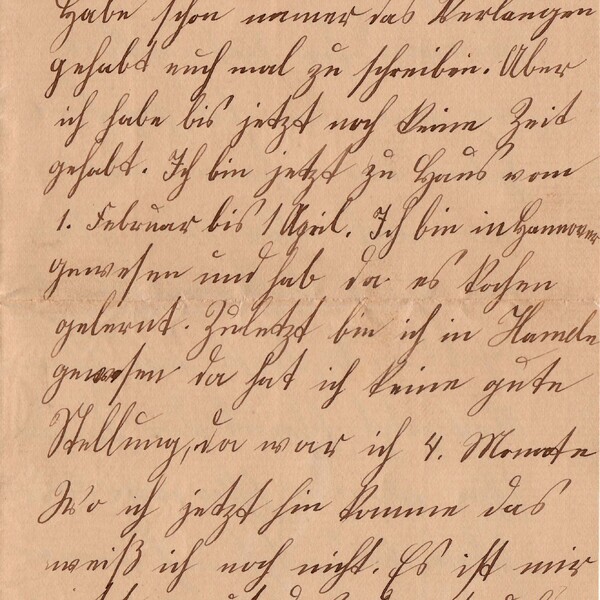