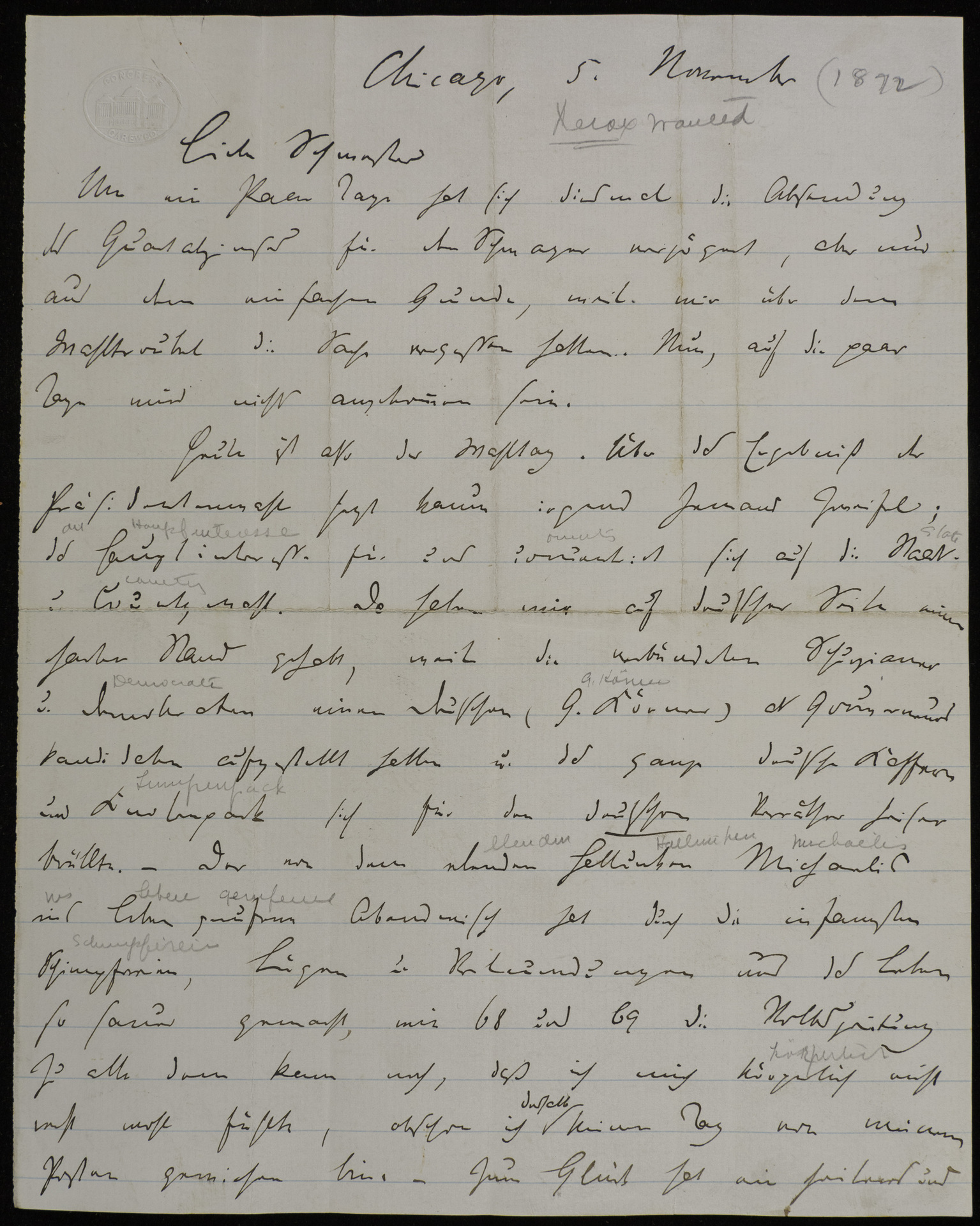 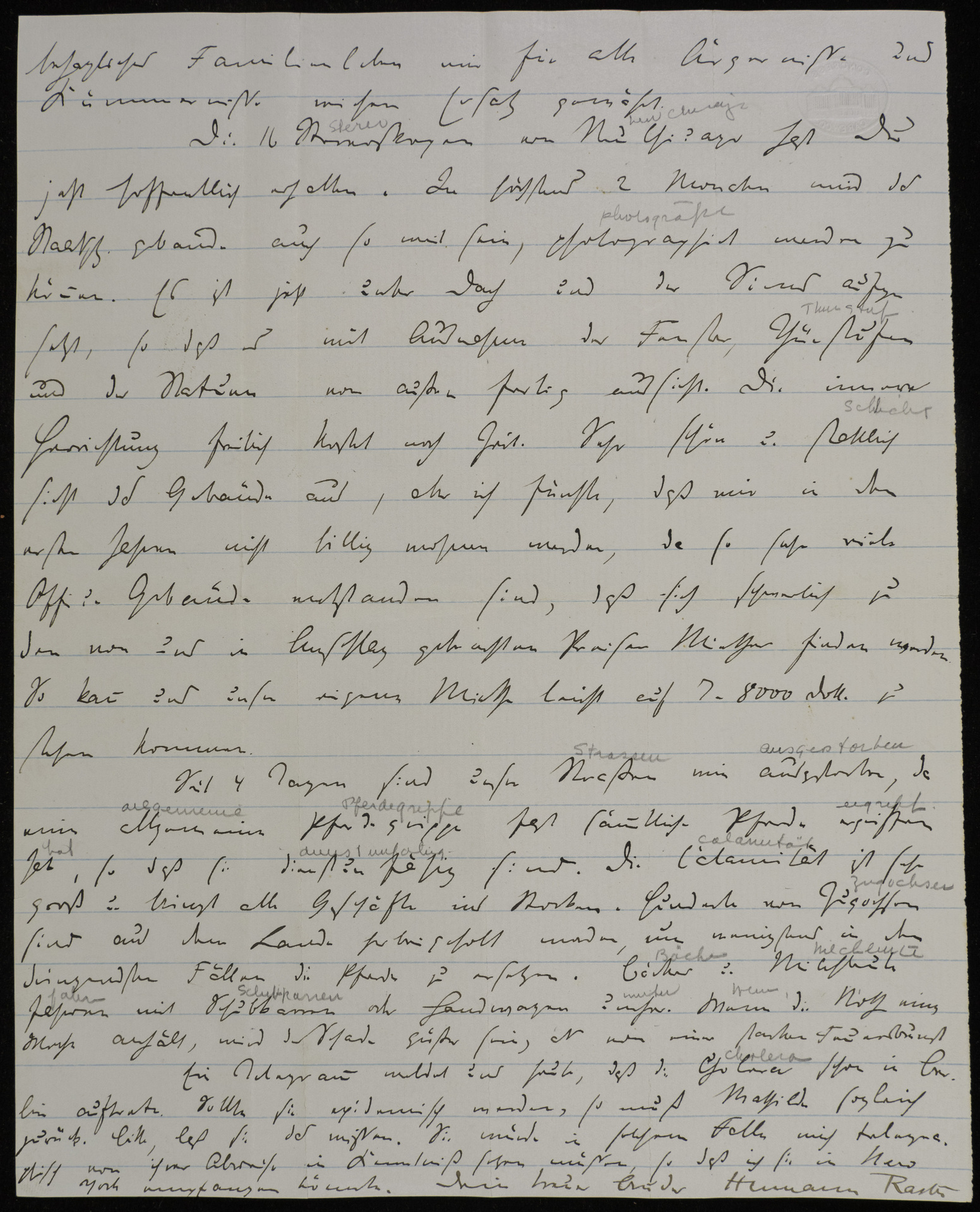 There has been several days' delay this time in sending the quarterly interest to my brother-in-law, but simply because we forgot it in the confusion of the coming elections. Well, those few days won't make much difference.

Today is Election Day. Almost no one is in doubt about the outcome of the presidential campaign, the main interest here is in the state and county elections. We had a hard campaign so far as the German vote is concerned because a coalition of and Democrats put up a German candidate, G. Korner as governor and German boors and riff-raff yelled themselves hoarse for this German traitor. An evening German rag started by that miserable scoundrel Michaelis made our life miserable through abusive language, lies and libelous remarks, almost as bad as the Volkszeitung did in 68 and 69.0n top of that I was physically not well. Fortunately, a happy and comfortable family life kept this in balance.

I hope you have received the 16 stereoscope pictures of Chicago. In about 2 months the new Staatszeitung building will be far enough along to photograph. The roof is on and the other finished so that with the exception of windows, doors, etc. it looks complete from the outside. It will take a while however before the interior is finished. It is a simple, handsome building but I am afraid that during the first years we will not be able to live cheaply, because so many new office buildings have gone up that I don't think we will find tenants at the rents we were going to charge. So we ourselves may have to pay a yearly rental of 7 to 8000 dollars.

For the last 4 fays our streets are deserted, because an epidemic form of horse-grippe has stricken almost all of our horses, so that they are completely out of use. This has almost paralyzed business. Hundreds of draft oxen have been imported from the country so as to replace the horses at least in emergency cases. Bakers and milk deliveries are being made with wheelbarrows and hand drawn express wagons, and if this lasts a week, the city will be in worse shape than after the fire.

Today we had a telegram that the cholera has already appeared in Berlin. Should this become an epidemic, Mathilde should return immediately. Please let her know this. In this event she should telegraph her departure time so that I could get her in New York.

Letter from Hermann Raster to his sister, Sophie Raster, November 5, 1872. 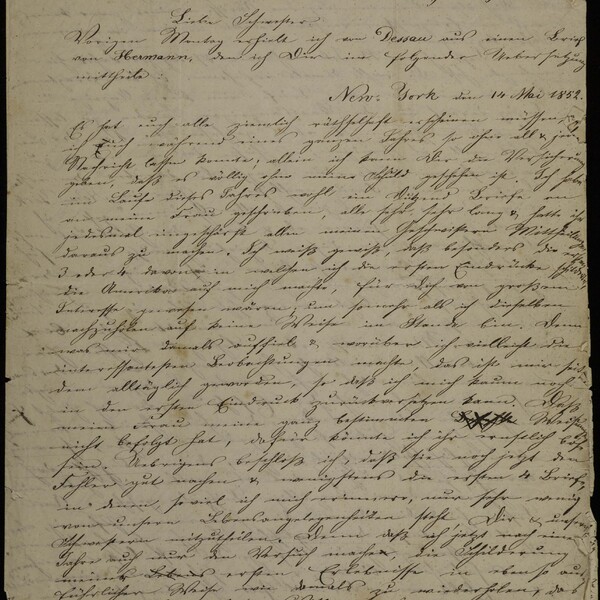