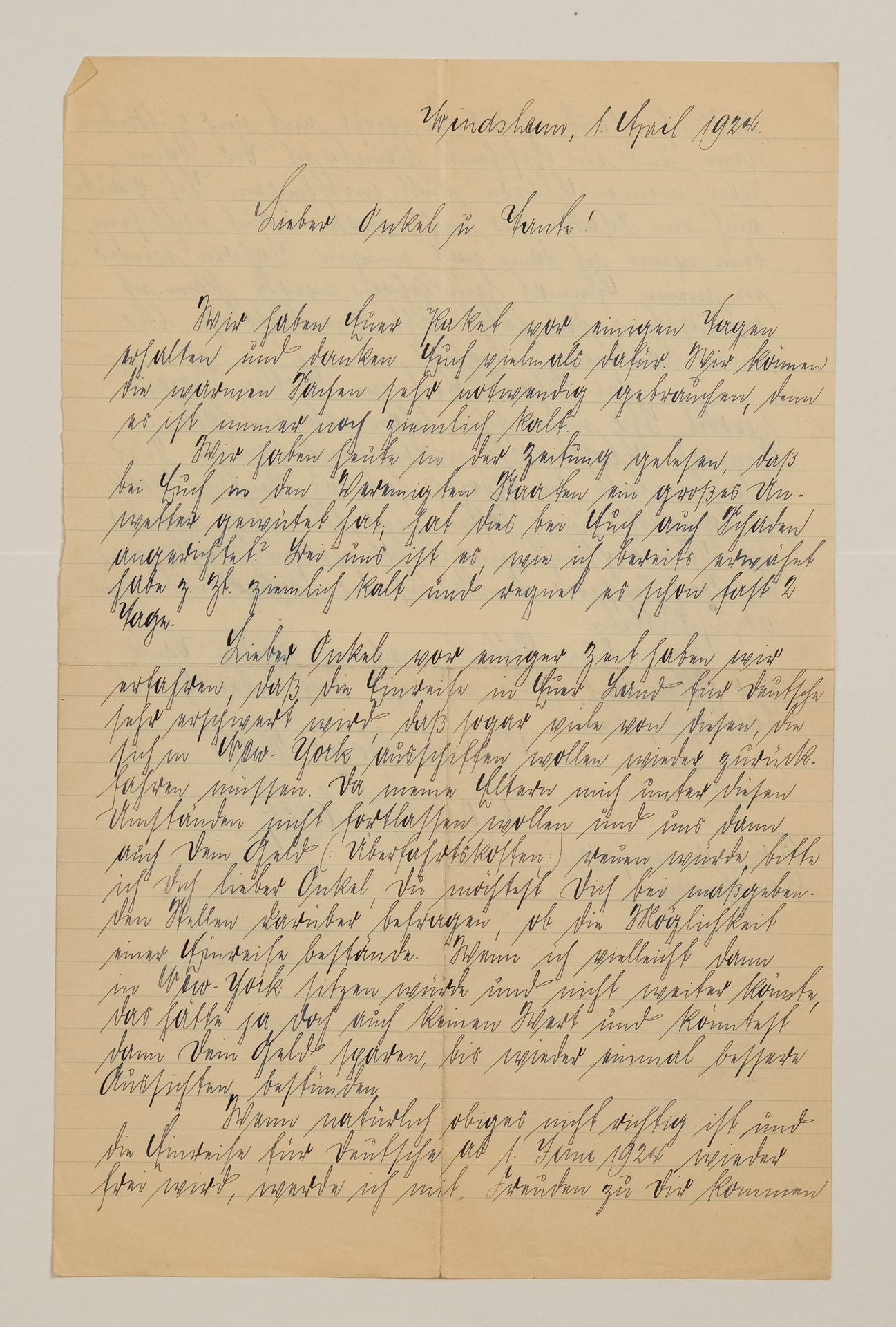 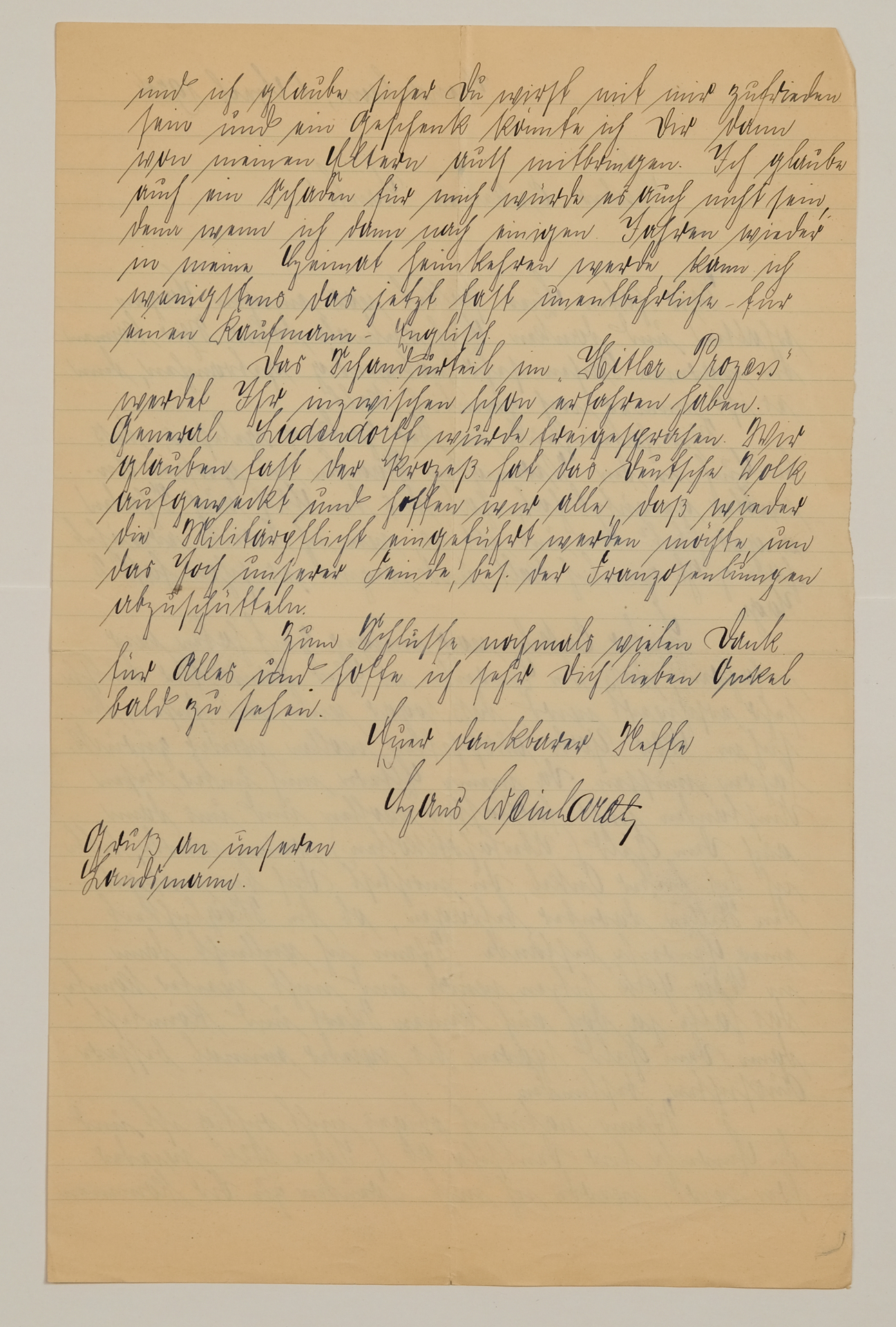 We received your package several days ago, and thank you very much for it. We can sure use the warm things, since it is still quite cold here.

We read in the papers today that in the United States you had a terrible storm. Did it cause damage where you live? As I already mentioned, it is quite cold here, and has been raining for almost 2 days.

Dear Uncle, we have recently learned that immigration to the United States has become difficult for Germans, and that many who have tried to disembark in New York have had to return. Under these circumstances, my parents do not want me to go. Also, your money for the transportation costs would be wasted. Because of these circumstances, I ask you dear Uncle to check with the authorities to see if it is still possible to immigrate. There would be no point if I were to be sitting in New York unable to proceed. You should save your money until the situation improves.

Of course, if this is not true, and if entry for Germans starting June 1, 1924 were to become open again, then I would be happy to come over, and I am sure you would be satisfied with me, and I could then bring you a present from my parents. I also believe that there is no risk for me, since if after a few years I would want to return to my homeland, at least I would be able to speak English which would be indispensible for a businessman.

You have probably already learned of the shameful verdict in Hitler’s trial. General Ludendorff was acquitted. We believe that the trial has awakened the German people, and we all hope that the military draft would be re-established so that we can free ourselves of the yoke of our enemies, especially the French.

In closing, many thanks once again for everything, and I hope to see you soon dear Uncle.

Best regards to our countrymen 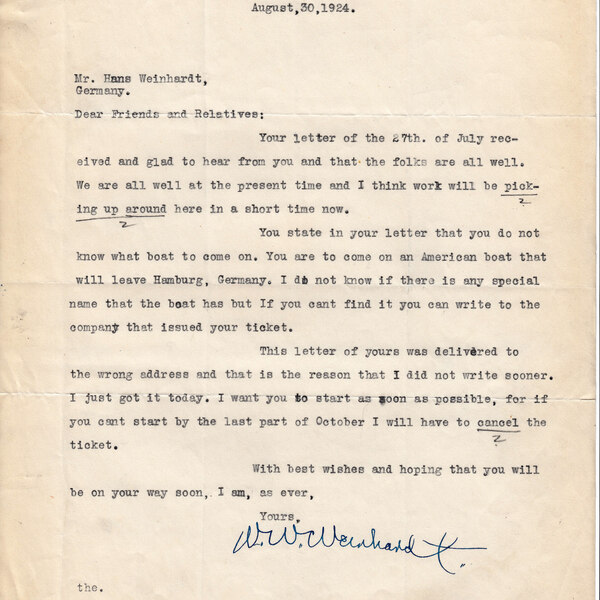